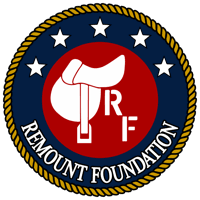 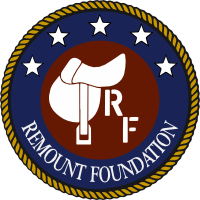 During the First World War, horses on the military fronts in Eastern and Western Europe quite literally made it possible to move armies. Horses packed needed supplies and artillery, carrying on in mud and snow while the primitive motorized vehicles of the day mired and broke down. It’s said that horses were as valuable to the war effort as soldiers. For the U.S. troops, many fresh off farms and ranches, horses also warmed hearts and raised morale during the bleak and bitter days of war.

To supply the troops, patriot ranchers back in the states raised equines in cooperation with the U.S. Army Remount program.

Remount started as a program supplying horses for war but created the unexpected secondary effect of elevating the quality of many American equine breeds, ultimately achieving an influence that could not have previously been imagined.

Resupply of horses and mules had been going on in the American armed forces since the Civil War, but it had been an ad hoc affair. The equine offerings were often low quality and poorly treated. Some farmers and ranchers weren’t paid much for the animals and often chose to sell the least sound of their herds. It was such a paltry mess, the English Cavalry hired a purchaser to buy 25,000 American horses for the Boar Wars. He looked at 100,000 and could find only 22,000 that were up to par.

In 1908, that all changed. It had become apparent that horses of the quality needed were not available in nearly the number required. To meet the demand, the Army began a formal program supplying horses to the Cavalry. The animals were part of the supply line, run by the quartermaster corps which was charged with sending the troops everything from bullets to bunks. Remount provided horses to be ridden but also mules and sturdier stock to pack, pull and build.

The Army went at the task full force, purchasing some 500,000 horses. For the era, it paid well for them at about $150 each, but the standards for purchase were high so as to increase the quality of the stock. Remount supplied stallions and private owners supplied mares.

It took some time for perceptions to change. The Army wanted a uniform herd of dark bay geldings. It purchased them at four to five years of age.

“There was a stigma about Remount stallions that didn’t get chosen for the program because they were sold to the public, so many thought they were subpar,” said Ed Roberts, co-author of the book War Horse, “then some found out the best Quarter Horses in the arenas, went back to these stallions.”

In 1913, ranking military personnel and political figures made a request to civilian breeders for the donation of suitable stallions, in return for tax incentives.

The appeal was successful. Among the donations were five stallions from August Belmont, Junior, financier and avid thoroughbred racing fan. Belmont built Belmont Park racetrack on Long Island and founded the Belmont Stakes.

Another generous donor was Colonel E. R. Bradley who contributed more than thirty stallions from his famous Idle Hour Stud Farm over a twenty-year period.

The breeding program worked stupendously. According to War Horse authors, Livingston and Roberts, by the end of the 1920’s, the criteria for a Cavalry mount was so well known, the average horseman could inspect an animal and accurately judge if Army buyers would pass it. Remount-quality horses looked enough alike to have been almost a separate breed.

“These Remount stallions were among the finest in the country,” said Livingston. “They formed the foundation of several great American breeds. There are very few registered Paints, Palominos, Quarter Horses or Appaloosas that don’t have blood directly from Remount stallions.”

In spite of the program’s success, time and innovation inevitably produced change. In the case of the Army, mechanized vehicles took over, eliminating the need for transportation with hooves. In 1948, all breeding programs returned to the Department of Agriculture and Remount ended.

Ed Roberts points out, “Remount was in effect for 40-years and it was one of the few Army programs that didn’t exceed its budget and did exactly what it was supposed to.”

It may now be part of history, but the Remount legacy thunders on, showing up in fine conformation, the bloodlines of its descendants and the pride of those who own them.

Now there is a new organization with the famous name. It’s Remount Foundation, an equine assisted learning program for veterans and their families. A registered 501c3 charitable organization founded at the Air Force Academy Equestrian Center, the program has assisted thousands.

As Remount Foundation co-founder Billy Jack Barrett pointed out, “For decades Remount horses carried warriors into battle, now the animals are taking their riders down the road to healing.”

This article was based on the book “War Horse” and interviews with its authors, Ed Roberts and Phil Livingston.

Your monetary contribution goes to support our mission to serve those who have served al of us. You may use this form to designate your contribution to a specific campaign or to our general fund.

All programs are free of charge to active military from any branch of service, veterans, first-responders and their family members. Your generous donations and sponsorships cover the program costs. Your monetary support of any amount will impact the lives of program participants.